The term malocclusion is used to indicate a situation in which the teeth do not close properly. In orthodontics, the medical branch that deals with the treatment of anomalies of the oral cavity, different types of malocclusion are distinguished according to their severity and their specific characteristics.

In particular, in Class III malocclusion, teeth of the mandibular arch have an advanced position relative to those of the maxillary arch. It is one of the most serious conditions of malocclusion, which can lead to major functional and aesthetic disorders. 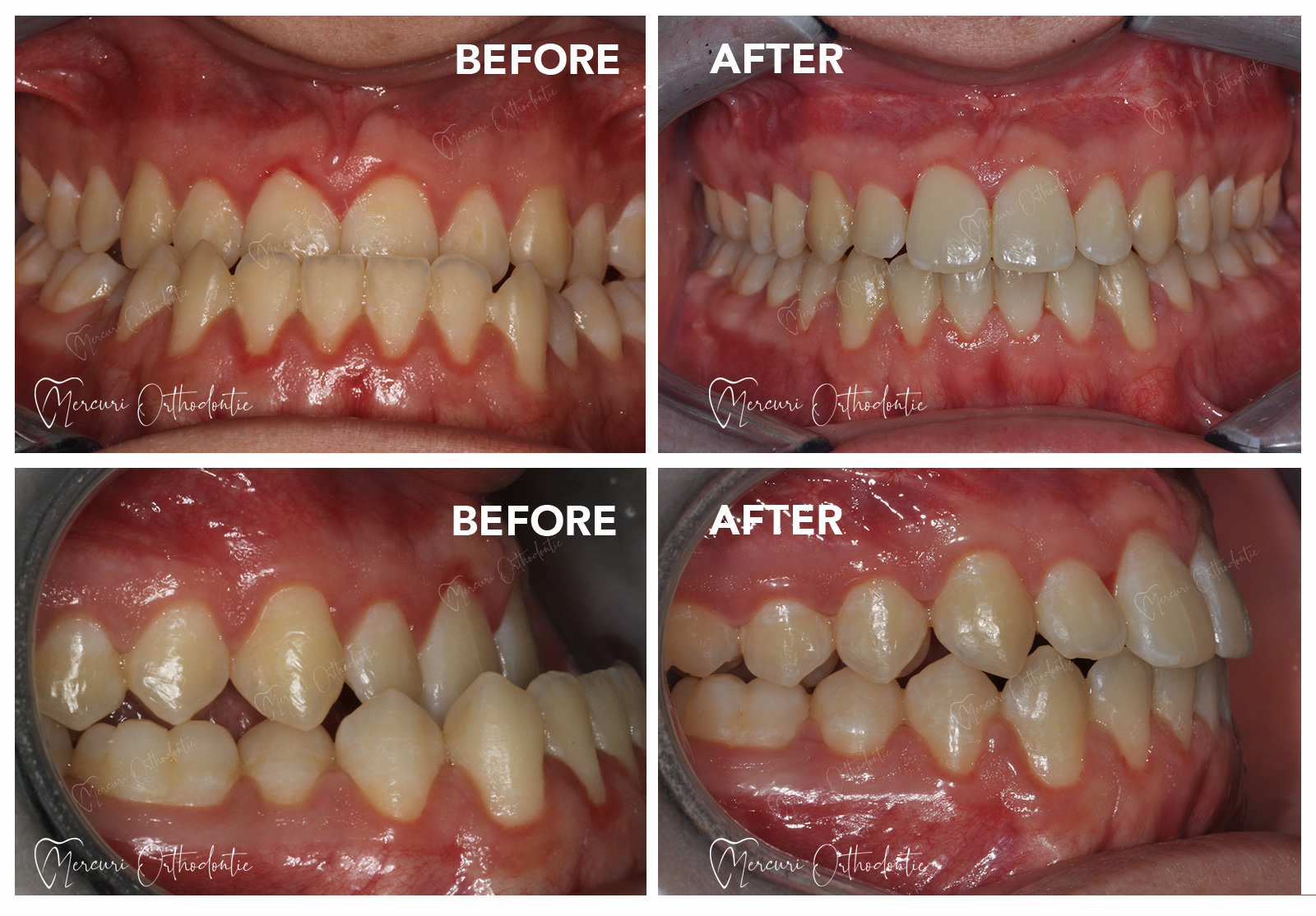 At Mercuri Orthodontie, we take care of the treatment of this type of malocclusion. We better explain what it is, what causes it and how we deal with it.

What is class III malocclusion

Malocclusions are a misalignment between the teeth of the upper and lower arch. This imbalance can create multiple problems for the person who suffers from it. In the anteroposterior sense, there are 3 types of malocclusion: first, second and third class. Each of them has specificities.

Third-class malocclusions, also known as progenism or reverse bite, are arguably the most serious. They are usually characterized by excessive growth of the mandible, associated with reduced growth of the upper jaw. Patients with the condition have a prominent chin and a central part of the face that appears to be flattened.

At the base of this anomaly, there is often an overdeveloped lower jaw in an anteroposterior direction. It is therefore defined as skeletal when it presents a poor development of the upper jaw, an excessive growth of the mandible or both factors concomitantly. Usually, the lower molars, premolars and canines are located anterior to the upper molars.

In addition to clearly affecting the aesthetic appearance, this imbalance creates various ailments. In fact, you can have problems with chewing, crowding your teeth with a consequent predisposition to cavities and gingivitis. Breathing difficulties often occur, with a tendency to breathe through the mouth and a consequent dryness of the throat.

The causes are often genetic and hereditary. However, the sooner you act, the greater the chance of successful results.

How we treat class III malocclusion

Class III malocclusion is common in children and adults. Only a customized therapy can lead to valid results.

The first step is a through an examination of the patient. Following the clinical examination, we also perform radiographic examinations (orthopantomography, teleradiography of the skull); intra-oral and extra-oral photographs; digital impressions.

The treatment for this type of problem depends on the severity and age of the patient. In particular, this last concept is fundamental, because the treatment presents less difficulties for a patient in the development phase, with advantages from a functional and aesthetic point of view.

In general, in pediatric patients, treatment takes place in 2 phases. First, we adopt functional orthodontic protocols to promote harmonious growth of the child's face. The most studied and documented treatment protocol from the point of view of the literature is that which involves the combination of a palate expander and a face mask. The age at which good results can be obtained with the face mask is between 8 and 10 years.

In the second phase, the fixed appliance is applied to improve the bite and alignment. At the end of this phase, retainers are introduced for the prevention of relapses.

However, this therapy is not always sufficient to solve the problem. In fact, it can happen that the jawbone continues to grow even after orthodontic treatment. This means that these patients will need to be monitored over time. When good results have not been obtained, orthognathic surgery may therefore become essential. The latter solution is more common in adults, where certain conditions have stabilized. If the malocclusion is not excessively severe, camouflage can be used through the use of the fixed appliance, and in some cases the extraction of certain teeth.

Since, as we have said, the identification of a malocclusion at a young age allows a greater margin of action, the first orthodontic consultation becomes of fundamental importance, to be carried out as soon as possible. During this control, we can establish the appropriate and studied therapeutic path for each case.

Over time, such an anomaly can escalate with repercussions on the physical and psychological level of the pediatric patient, even in the relationship with others. In addition we must also think that you can have even more negative consequences in adulthood, forcing you to resort to invasive solutions such as surgical solutions.

Connectivity is more important today than ever.

Full time connection with your orthodontist

We are conscious that being able to be always at your side is crucial in order to offer you a real five-star service.

Our patients chose us because...

I am a specialist in orthodontics, I am a dad and I am a sportsman.

I trained with the most influential professionals and experts worldwide and I put my clinical skills, my great availability and my desire to help you expressing your best smile.

Respect for your time

Your time is your most precious asset and the only thing that nobody can ever give you back. We are committed to respecting the duration of your therapy, not to exceed the estimated cost for your treatment and to respect the time of your appointments whether for a check, a visit or an emergency. This is our warranty.

Everyone likes to be treated well, pampered, spoiled …whether it's to better organize an appointment, offer you a coffee or let your child choose his favorite Netflix cartoon...we promise that every patient, aged or young, will receive a service beyond his expectations. We are always ready to walk that extra mile for you

We have chosen to have a modern look and to take advantage of the latest technologies that science offers us for our profession. Whether it is the dental impression scanner, the best X-Rays device on the market or the latest generation software for planning your smile: be sure, you can find it here. Confidently book your first consultation.

Your child in expert and competent hands

No reproduction, even partial