Treatment of Dental Diastema in Children

Diastema consists of a particularly evident dental space between two contiguous teeth. One of the most common forms is that between the upper incisors, which creates the characteristic hole. This is a problem that can affect milk teeth, with possible future repercussions on permanent teeth.

Mercuri Orthodontie deals with the treatment and resolution of the diastema, through orthodontics and other methods. Let's find out what the causes are, how it manifests itself in children and how it is treated by our team. 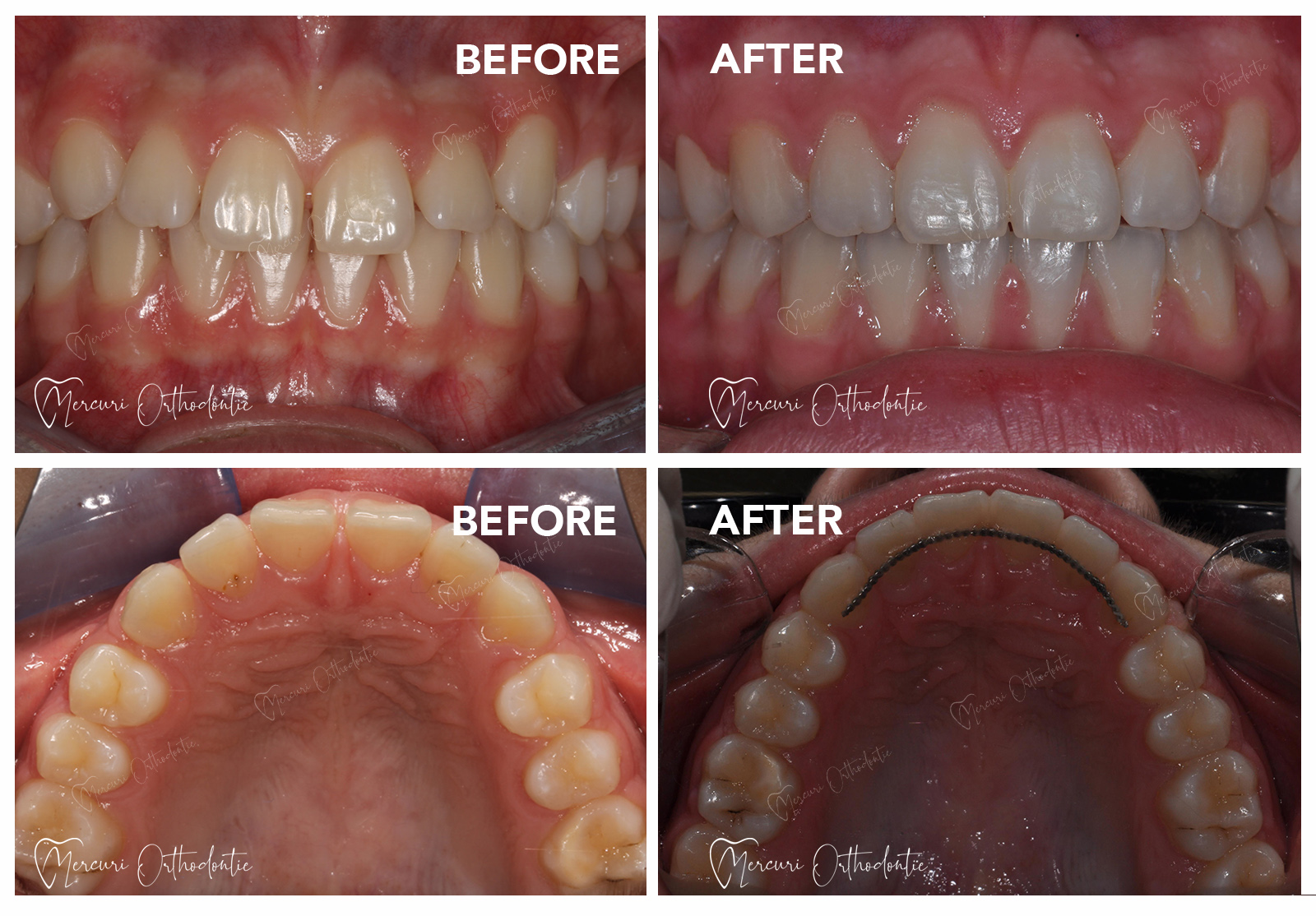 Our job is to take care of patients' teeth, to ensure they have a beautiful and healthy smile.

The causes of the diastema

The word diastema derives from the Greek and means distance, interval. It is a predominantly aesthetic problem, and rarely functional.

There are several causes for the diastema, as in the case of other dental problems. The main one is due to a disproportion between the teeth and the jaw, creating an excessive space between one tooth and the other.

Other triggers are the excessive length and thickness of the gingival frenulum; the presence of follicular and radicular dental cysts; the tongue thrust towards the lower and upper incisors.

The dentition of children must be observed and analyzed by the dentist, as there may be the conditions for the formation of the diastema in the permanent dentition.

An incorrect behavior that can cause this space is the thumb sucking action. However, it should be noted that milk teeth are smaller than the definitive ones, so there are often natural spaces between them. These will be filled later by the appearance of permanent teeth.

However, the diastema does not always resolve itself and could in fact present itself even in adulthood, causing discomfort in the patient. In general it is a cosmetic defect, but in some sporadic cases they can give problems in chewing, gums and interdental papilla.

Possible treatments to solve a diastema

One of the main methods for filling the space between the teeth is orthodontics. Depending on the case, we will opt for the use of a fixed or invisible appliance. The device allows you to bring your teeth closer together and reduce their space. The treatment is quite simple and the results are impressive.

The invisible device allows you to have an effective and at the same time invisible solution. The aesthetic impact is minimal and is perfect for both children and adults. Among the main solutions of invisible orthodontics there are invisible aligners.

In cases where the diastema is caused by the frenulum, it is necessary to intervene on it by remodeling it and then continue with an orthodontic path. In this case we speak of frenectomy, a simple, minimally invasive and fast surgery that can be easily performed even on the youngest patients.

Also thanks to the prosthesis we can solve the problem by using, for example, veneers or ceramic crowns. However, these solutions are only adopted in adults.

The best way to check the general situation of the teeth remains a consultation with a specialist. This is an appointment not to be postponed, as it represents an important step in the healthy development of the teeth. Milk teeth must be analyzed and monitored because they trace the path of the definitive ones. Any disturbance, in fact, if caught in time can guarantee a simpler resolution.

Having children undergo the first consultation is part of a prevention process that is the basis of proper education for a healthy lifestyle. Parents together with the specialist can monitor the development of the child's oral cavity. This path is made up of attention to the structure of the dentition, care of oral hygiene and awareness of the importance of having a healthy mouth.

Aesthetics and functionality go hand in hand to ensure a better relationship with oneself and with others. But above all this allows you to perform simple but fundamental actions of daily life: from chewing, to breathing, to speaking.

Connectivity is more important today than ever.

Full time connection with your orthodontist

We are conscious that being able to be always at your side is crucial in order to offer you a real five-star service.

Our patients chose us because...

I am a specialist in orthodontics, I am a dad and I am a sportsman.

I trained with the most influential professionals and experts worldwide and I put my clinical skills, my great availability and my desire to help you expressing your best smile.

Respect for your time

Your time is your most precious asset and the only thing that nobody can ever give you back. We are committed to respecting the duration of your therapy, not to exceed the estimated cost for your treatment and to respect the time of your appointments whether for a check, a visit or an emergency. This is our warranty.

Everyone likes to be treated well, pampered, spoiled …whether it's to better organize an appointment, offer you a coffee or let your child choose his favorite Netflix cartoon...we promise that every patient, aged or young, will receive a service beyond his expectations. We are always ready to walk that extra mile for you

We have chosen to have a modern look and to take advantage of the latest technologies that science offers us for our profession. Whether it is the dental impression scanner, the best X-Rays device on the market or the latest generation software for planning your smile: be sure, you can find it here. Confidently book your first consultation.

Your child in expert and competent hands

No reproduction, even partial 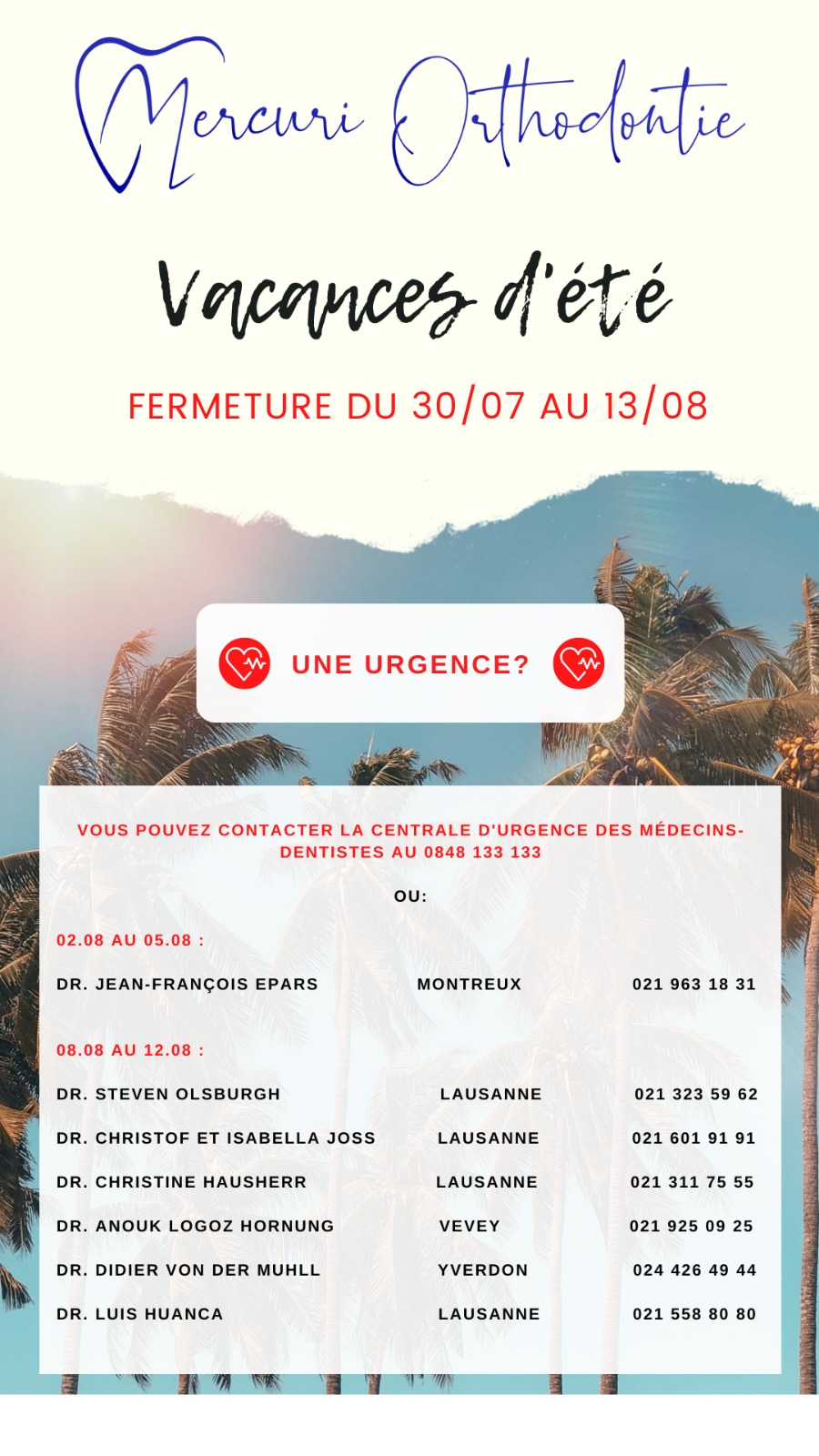